Our heartfelt thanks to Olga Benario’s daughterAnita Leocádia Prestes, and to Professor Robert Cohen for their cooperation and kind support.

Next date: 27 January 2022 - Shoah Memorial Day, 8:00 p.m. (Berlin time)
Staged reading and stream from the Volkstheater Rostock.
Only 20 audience persons are allowed in the theatre.
To participate via stream, please register here:
veranstaltungen@die-beginen-rostock.de

German audio sample:
BAYERISCHER RUNDFUNK / Bavarian Radio: Audiobook of the week!
"(...) The contrast between the intimate language of the two lovers and the coldly calculating idiom employed by the Nazis could not be expressed more sharply - (...) " - Annegret Arnold, 19. 06. 2020 [more reviews].

The audiobook is available at the price of 19,00 € + postage through hoerbuch@olgabenario.de or in German-speaking bookstores through KNV - Zeitfracht ISBN 978-3-00-064887-8

A unique glimpse into the clash between the worlds of a victim and the perpetrators.

The audio book „Die Unbeugsame“ (She Who Does Not Bend) emerged from a staged reading entitled „The Olga Benario Case“, which premiered in 2017 at the Nazi Documentation Center in Munich and was also held, among other places, at the Ravensbrück KZ-Memorial.

The reading was based on a montage of two radically opposed sources:

1.“Die Unbeugsame.” Olga Benario - Luiz Carlos Prestes: Correspondence from prison and KZ, ed. by Robert Cohen, Wallstein Verlag, Göttingen 2013.
The correspondence is filled with dignity, humanity and indomitable resistance under circumstances that could not be more extreme.

„The Gestapo's so-called ‚Benario file' is probably the most comprehensive collection of documents on a single victim of the Holocaust.“ (Robert Cohen)

Seventy years after the end of WWII, Robert Cohen has made the Gestapo dossier on Benario available to the public. It captures the obsessive bureaucratic energy with which the Nazi state undertook its genocidal project.

From the preface:
"On April 29, 2015, a ceremonial opening act took place at the Museum of the Armed Forces in Moscow [...]. The occasion was the online publication of previously inaccessible files of the German Reich from Russian archives www.germandocsinrussia.org.
Robert Cohen's selection from over 2,000 pages of files on Olga Benario and his publication of the correspondence between Olga Benario and Luiz Carlos Prestes inspired Ute Kaiser with Gabriela Börschmann and Martin Molitor to create this staged reading. 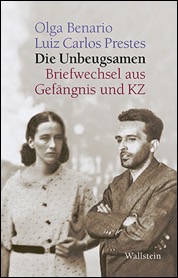 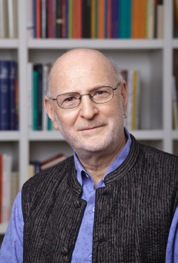